Your ideas matter – if you use them strategically.

Welcome to LUXPATENT Intellectual Property, your competent partner for your intellectual property.

We provide you and your business with a monopoly position vis-à-vis your competitors and enforce it – internationally.

Whether on patents, utility models, trademarks, designs or contracts – or on other questions concerning intellectual property – we are happy to advise you as patent attorney as well as otherwise and take the appropriate actions (for example patent applications, trademark applications, oppositions, infringement actions or nullity actions) before the relevant authorities in close consultation with you to ensure your long-term economic success.

A good patent and trademark portfolio creates enormous competitive advantages for countless companies today. Creating and maintaining such a portfolio of intellectual property rights can cost a lot of time and energy, but it pays off.

We see ourselves as an internationally oriented, globally operating law firm and as your partner who will accompany you in the long term and sustainably.

Tell us about your goals – whatever they may be. We will put in the extra effort to make it come true.

For us, the opinion of our clients counts!

We don’t just patent modern technologies – we also use them throughout.
That’s why working with us – if you are on board with it – takes place together in the digital fast lane.

Very good and understandable advice regarding the model of trademark protection. Taking over the necessary activities after good consultation, so that one can keep the focus on the daily business. Many thanks for the very good service.
Thomas Jackisch, TJDEVELOP
Independent IT consultant and IT lecturer
Thomas from Luxpatent is our trusted partner for all patent and brand related topics. I was truly impressed how quick he understood all the details about our technology and created an excellent patent application for a complex technology with minimal effort from our side. 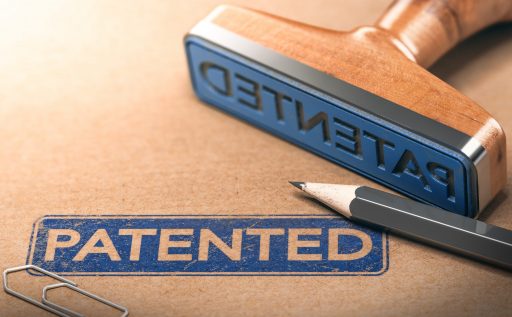 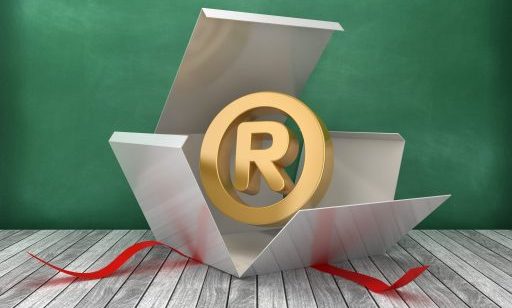 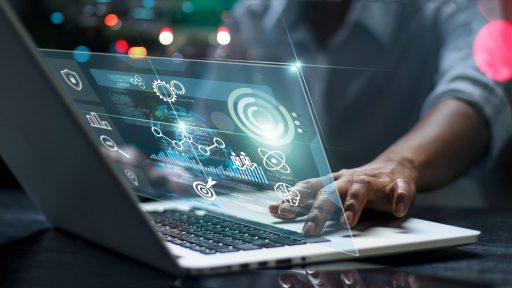 more about protection for software and AI/ML 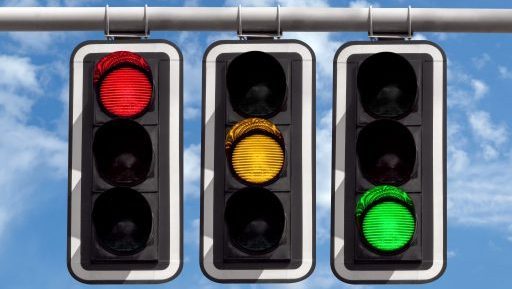 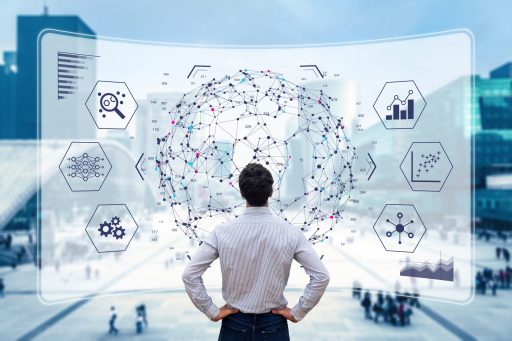 You can already find a few simple tips for getting started here.

Whether in Germany, Benelux, Europe, the USA, Southeast Asia, or for another market – our experts are at your disposal.

Whatever your goals may be – let us know.

Contact us simply & without obligation for an initial assessment! 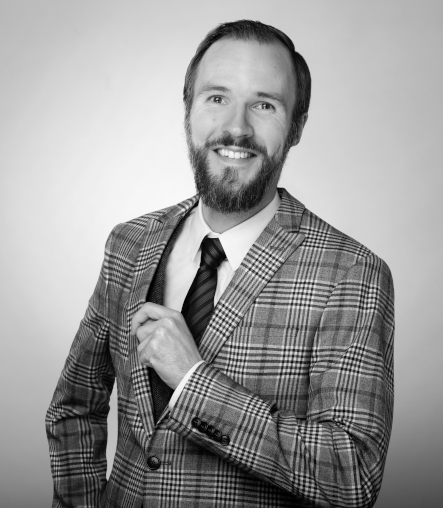 Over the years, Thomas has been managing a plethora of cases, usually in the various technical domains of mechanical and electrical engineering as well as computer-implemented inventions.

In the particular computer/software field, he is a renowned expert regarding the possibilities, but also the pitfalls, in the procurement and defense of computer and software inventions, including simulations, which are currently receiving a great deal of patent law attention in the context of advancing digitalization.

Thomas has contributed to many publications in the scientific, the technical as well as the legal fields.

He is furthermore one of the very few European Patent Attorneys who have themselves worked at the European Patent Office (EPO): His professional experience as a Patent Examiner at the EPO proves to be very useful in his daily patent prosecution work as an attorney.

Divided and joint patent infringement meeting extra-territorial reach of protection: A study of Germany and the United States (Master of Laws)

Whatever you have invented or whatever idea you have come up with – in most cases a technical patent is the appropriate means to protect it. We prepare and draft patent applications for you and accompany you in the subsequent procedure.

In which technical field your invention lies and whether your invention is a product or a process, a physical entity or a software, plays only a subordinate role. Get in touch with us - we will consult you individually.

Software, such as software-controlled processes or software applications, and especially developments in the field of artificial intelligence, are considered particularly “difficult” to patent in Europe. However, with the right approach to the patent application, a strong IP right can be obtained, provided that something technical is effected by the invention.

Such cases include, for example, special fields of application (“use cases”) of neural networks (e.g. in a measurement, control or actuation), simulations or adaptations of software to certain hardware.
This very current, demanding field is therefore not without reason one of our specialties.

We give sincere advice on the patentability of your ideas, and in specific cases we also advise against patent applications if we do not consider it promising that the patent will be granted. In practice, we mainly advise cutting-edge start-ups in the software field, which can often attract the interest of large investors through the patent application and the subsequent patent.

The official registration of the trademarks you use or intend to use in the future provides you with legal protection against exploitation of your reputation and imitation of your products. We advise you comprehensively, file your desired trademarks with the authorities and supervise the registration procedures.

We also conduct searches, ideally both before the trademark is registered and before you start using it, to check whether the trademark you intend to use conflicts with the trademark rights of third parties.

If you want to protect an aesthetic aspect – for example of your product – the registered design may be the IP right of choice for you.

As with trademarks, we also represent you in design matters before the European Intellectual Property Office (EUIPO).

Freedom-to-operate analyses and observation of competitors

For the legally compliant implementation of your commercial product or services ideas, which is unassailable to third parties, it is necessary to ensure that you do not infringe any third-party property rights – in particular patents, utility models and designs.

We conduct comprehensive searches for your freedom-to-operate and then prepare an expert opinion. In many cases, if you know the critical property rights of third parties in detail, you can circumvent them in a legally compliant manner without this being detrimental to your individual idea and your business model.

Law serves business. IP rights are essentially powerful tools for your business, which serve to achieve your business goals and maximize your potential.

Although in practice property rights are often the decisive elements in your business toolbox, an IP strategy that is not in line with your business goals is worthless and can even have fatal consequences.

Through the appropriate consulting “from a single source” with a holistic approach, we simply give our all for your success and leave no potential for improvement unused.

If third parties infringe your IP rights with their products or if you are accused of infringing someone else’s IP rights, it is important to act proactively.

The vast majority of IP successful companies are a result of constant planning and revision, for example to build a strong portfolio, which is tailored to your company, your goals as well as your (potential) competitors. This is the only way to ensure that you obtain, retain and successfully defend a strong IP position to your benefit.

Weak IP rights, such as patents for commercially nonsensical ideas in which your competitors are not and will never be interested, are usually worthless.

IP rights can not only be enforced as a monopoly position, they can also be directly monetized. An example of this is the license: an exclusive, sole or non-exclusive grant of a right of use. As a rule, such license agreements allow a great deal of creative freedom through restrictions, etc., and thus offer many design options for both parties to the contract.

The owner of the property right thus generates a passive income. We will be happy to draw up the relevant contracts for you as per your needs and wishes and advise you on what needs to be taken into account in license agreements and negotiations. It is also important to check compliance with the contractual provisions at a later stage.

Wherever in the world the markets of interest to you would be – we have an excellent international network.

Just get in touch with us.

We regularly file and coordinate international patent applications (so-called PCT applications) and the resulting national IP rights for our clients, who appreciate that with us they have a single, central point of contact for their worldwide IP situation.

Mastering the “challenges” of digital transformation: a frequently expressed client wish. By this we mean one thing in particular: potentials and opportunities for you.

As a result of the COVID 19 pandemic, digital transformation is once again accelerating for numerous clients. Competitors are catching up just as fast in this race to “keep up” in efficiency, flexibility and future security.

We regularly accompany clients on this path and work together with leading software developers, for example, who can provide digital processes tailored to your company and implement them for you. Contact us.

A patent that has been granted to your competitor and which you may be infringing can be challenged by means of an opposition procedure within a period of time provided for this purpose.

Such a patent opposition is designed as a popular remedy: Essentially, anyone can file such an opposition.

Therefore, if you do not wish to disclose your identity as the “actual opponent”, we file the opposition “as a straw man” in our own name. This is more frequently used by our smaller clients: In this way, we can eliminate the threatening IP right for you without your competitor feeling “put on the spot” by you.

We will be glad to help you. Feel free to contact us with your own request using the form below.

Protect your rights at an early stage. Contact us now for an individual consultation. 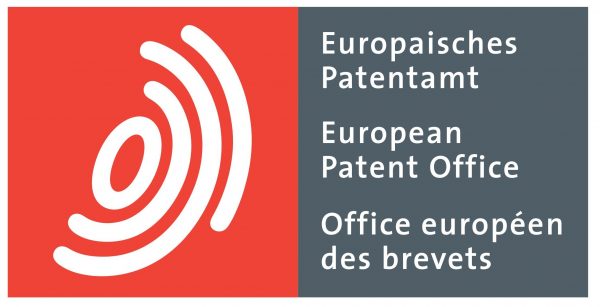 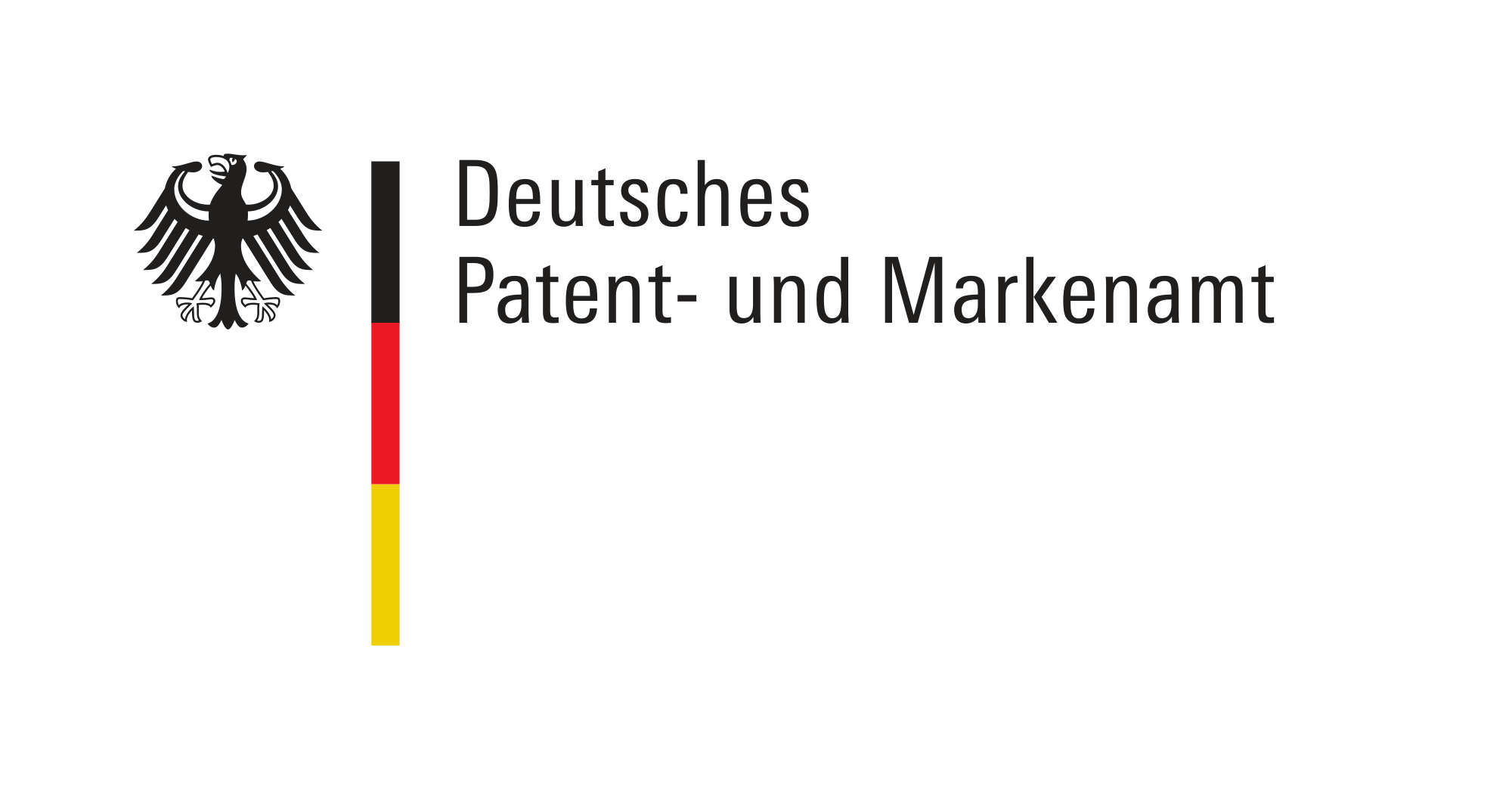 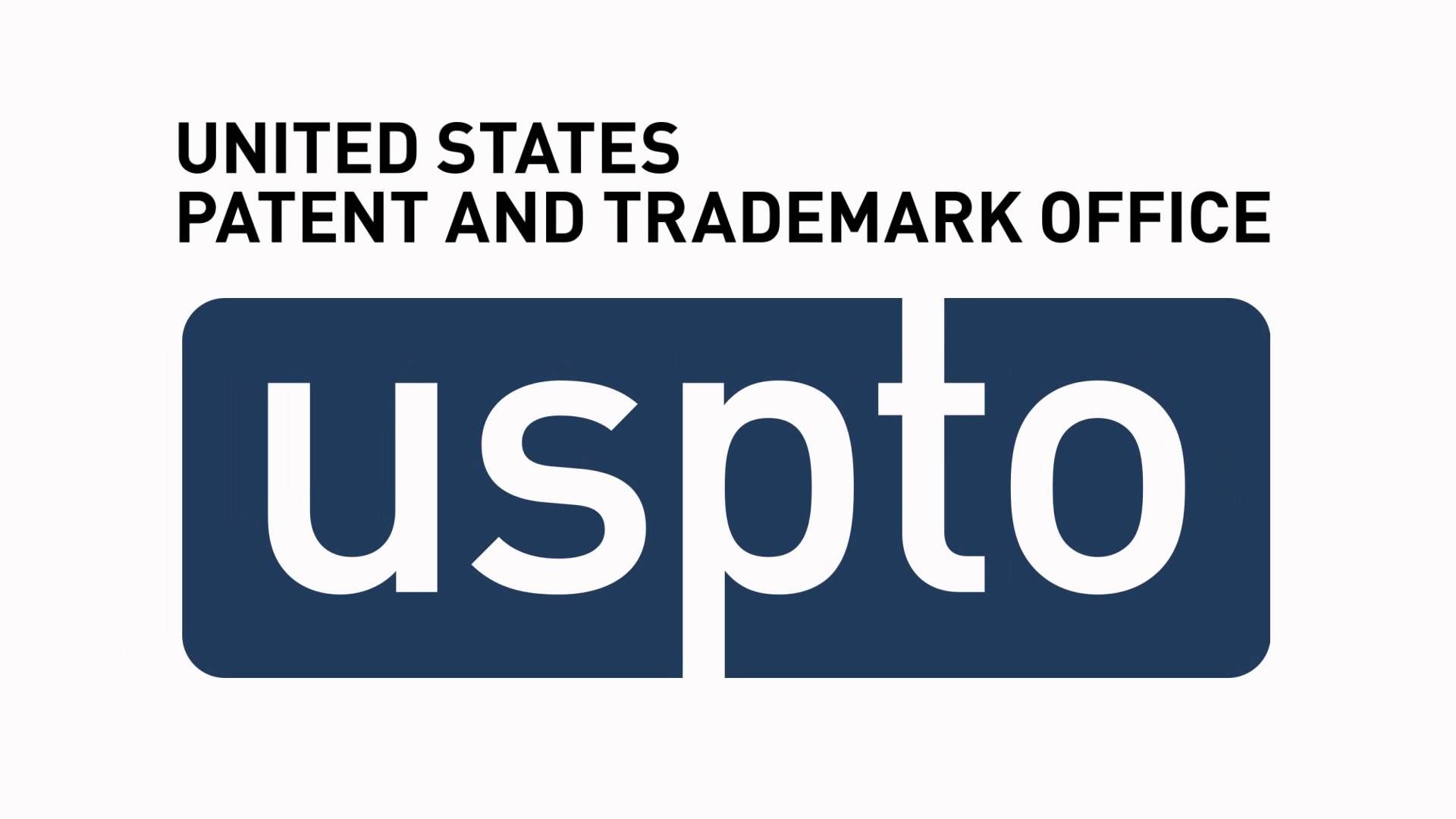 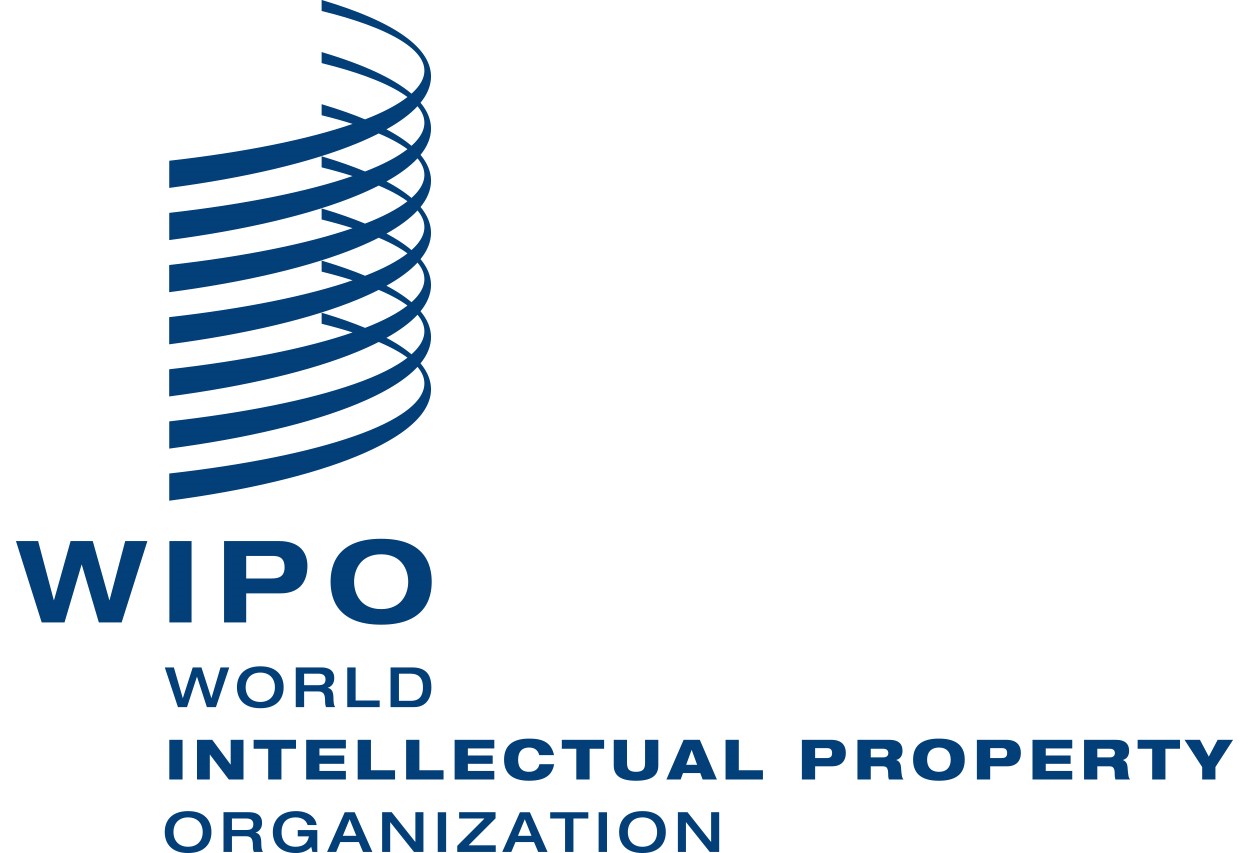